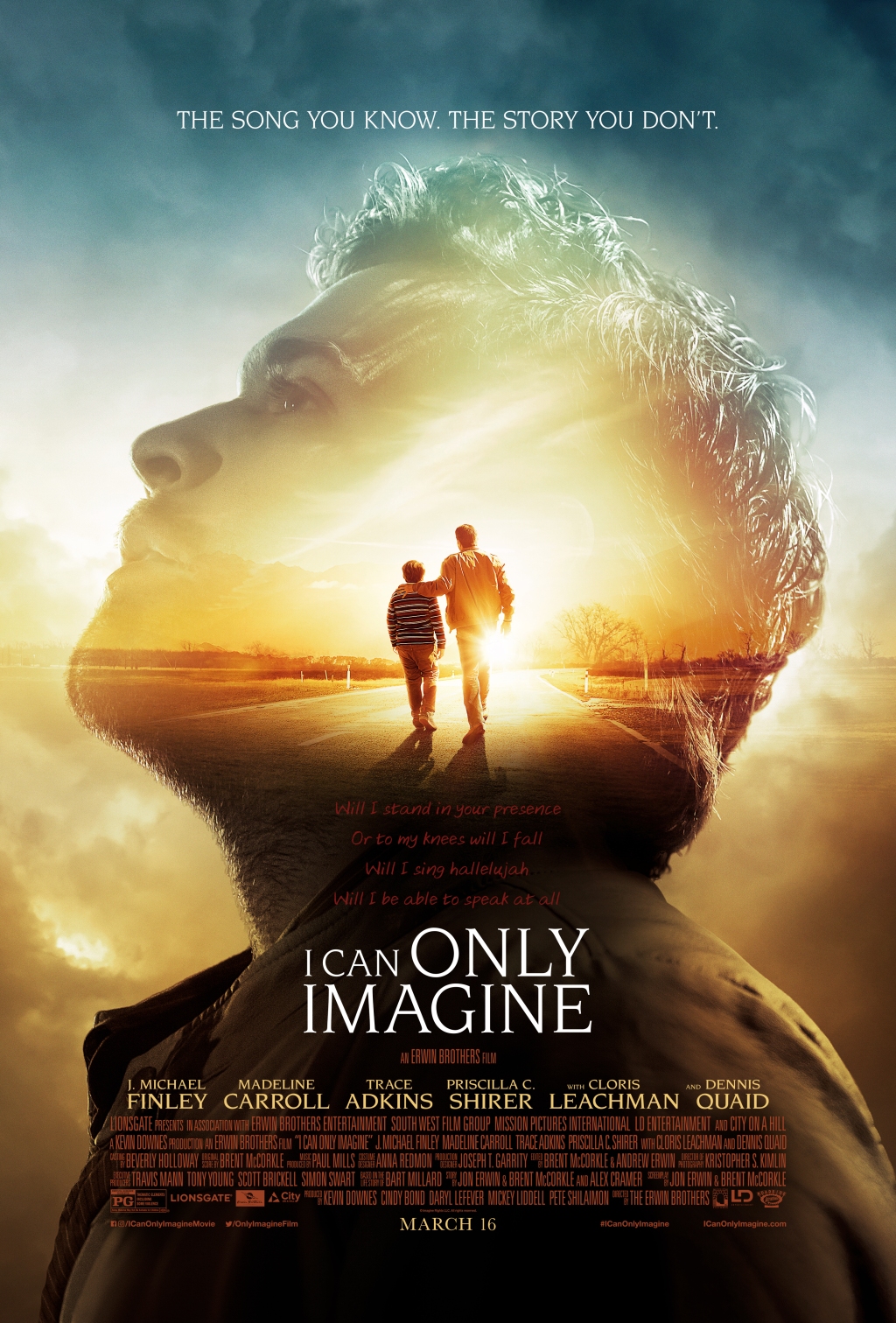 Q&A: Jon Erwin (I Can Only Imagine)

Every song has a great story and “I Can Only Imagine” is definitely one of them. Written in minutes solely by Mercy Me’s leader singer, Bart Millard, the song made music history in 2014. Recognized as the first song in Christian music to go platinum and double-platinum in the digital domain, the popular song has now become the premise for a film that will release in theaters in March. Now, the movie will dig deeper into Millard’s life by giving the backstory of a son who forgave his father, who was also his abuser. Marked Ministry was able to get further perspective on this incredible story with the help of executive producer, Jon Erwin. May this film and insight from this film storyteller fill you with hope.

Mercy Me is such a huge band. The song, “I Can Only Imagine” is incredibly popular. So, how did it come about to tell the story behind the band’s front man?

Jon: Well, I am one of the millions of people who not only knows this song, but loves it. It has been an anchor of hope for me in difficult times.

What I didn’t know is that there is this incredible story behind the song. A story so good it’s hard to believe it actually happened. Bart Millard is a good friend of mine and especially my brother Andy. They were at a screening of one of our other films, Moms’ Night Out, and Bart told Andy his story was being considered as a movie. So that started the process.

But we are a “story first” company, so we began to conduct a lot of interviews to see just how strong the story was. What we found blew us away! I vividly remember when I asked Bart the question, “How do you know God is real?” and he answered, “Because of the transformation I saw in my dad. I watched God turn a monster into my best friend and the man I wanted to become.” At that moment, when I realized the bestselling Christian song of all time was inspired by the reconciliation between a father and son, I knew we had to do the project!

Right now, in the public, the subject of abuse has been in the forefront and this film also deals with this subject. For you, why was it so important to be a part of telling Bart Millard’s story?

Jon: So many fathers out there are living in this cycle of shame, thinking that they can never change. So many children harbor so much bitterness against a parent that has hurt them. Sometimes from both sides it just feels hopeless.

And yet here is this story of a relationship that looked beyond repair until God showed up and changed everything. I remember Dennis Quaid [who plays Bart’s farther] saying, “I’ve never played transformation like this before.” This true story shows us that no person or relationship is ever beyond hope, and that God can redeem and restore any situation–that forgiveness is powerful. It’s a message so many of us need.

While there is a lot of talk about surviving and overcoming abuse, forgiveness is not really discussed. This film definitely takes a radical turn by showcasing forgiveness. Why do you believe that is important and how do you hope audiences will find hope and healing from this film?

Jon: First, as filmmakers, Andy [my brother] and I are just the reporters. We’re just telling you what happened. But the radical thought of this true story is that forgiveness can heal. As Christians we are to “forgive as we have been forgiven.” Bart forgiving his father not only restored their relationship, it also became the inspiration for the best selling Christian song of all time. This one brave act of forgiveness, and the reconciliation that followed, has brought hope to millions of people through this song and now through this movie. That is a radical thought!

Dennis Quad is so beloved by film goers. When you think of his previous work in family films like A Dog’s Purpose, Soul Surfer, In Good Company or Parent Trap, his character in this film contradicts his previous roles. How were you impacted by this character?

Jon: Dennis is a real icon, headlining some incredible characters over the years. So it was amazing when he said: “I’ve never played a character like this.” And the performance he delivers in the film is just spectacular. It’s so honest and authentic. There is a scene right in the middle of the film where Dennis is trying to ask for forgiveness, and we decided to just stop the film and hold on these amazing performances. No music. No film tricks and intense camera moves. Just two amazing actors in this amazing moment. It’s nearly a ten minute scene and you can’t take your eyes off Dennis. He’s just that good.

So, it was a pleasure to work with someone of his caliber that brought in so fully to the vision of the project. He made everyone better.

Being an Executive Producer for this true story, what did you take away from I Can Only Imagine?

Jon: My takeaway is the same takeaway I want the audience to have. It’s the idea that there is always hope. That no matter what you are going through or dealing with in your past or present, there is always a path to redemption and forgiveness and restoration. Even the painful things we go through can give us a song, and that song can touch everyone around us.

I remember asking Bart about the phenomenon of Imagine, and how this song from an Independent band in Texas could rise to become the bestselling, most-played Christian song of all time, and then chart on pop and country charts as well. And he said, “It’s a rush of hope; that’s what people feel.” And that’s what we want them to feel in the theater, a rush of hope. This is the most fun I’ve ever had in my career watching a movie with an audience. I can’t get enough of it. You can just feel it in the room, this amazing sense of hope. I think we could all use a little more of that!

For more on I Can Only Imagine visit: icanonlyimagine.com