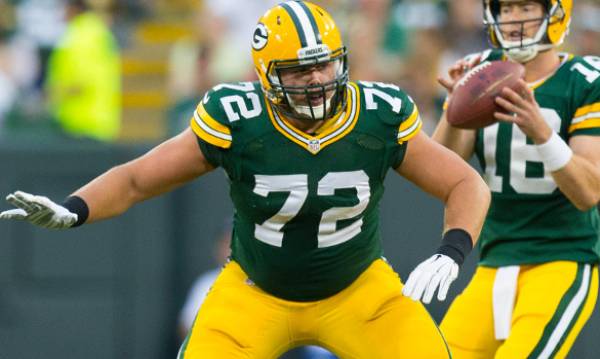 Tackle Tackaways: Why Save Yourself for Your Spouse

It’s nearly impossible to attend a high school without at least one teenage pregnancy, or to even find a virgin among teens and 20-somethings. Why have people succumbed to the hookup culture of the 21st Century? Why have we made something God designed as beautiful into something that destroys?

God didn’t mean for sex to become a weapon––but that’s what has happened. Sexual abuse, especially among children, has become rampant both in America and in other countries. It has become a means of punishment or a means to an end; pleasure.

Yes, pleasure is a part of sex––but it’s reserved specifically for two people. However, humanity’s sinful nature convinces us that the Bible’s rules are ancient and do not apply to us today. That is completely incorrect. While some of the Old Testament laws are descriptive (they applied only to pre-New Covenant believers), some are prescriptive (they still apply today). Remaining pure before marriage is one of those rules.

How do we know this? Paul discusses the importance of sexual purity throughout his letters, especially in 1 and 2 Corinthians. The city of Corinth was known for widespread promiscuity. This is because the Corinthians worshipped Aphrodite––the Roman God of love.

“Flee from sexual immorality. All other sins a person commits are outside the body, but whoever sins sexually, sins against their own body.”

This begs the question, Do we worship our own Aphrodite today––the hookup culture that says we cannot be satisfied with someone we’re dating until we have sex with them?

Paul didn’t drill sexual purity into the minds of the people he wrote to just so he could sound like a broken record. Instead, Paul wanted to remind them that sexual impurity leads to destruction. But in order to understand the importance of sexual purity, we must first look at the meaning of marriage.

“Husbands, love your wives, as Christ loved the church and gave himself up for her, that he might sanctify her, having cleansed her by the washing of water with the word, so that he might present the church to himself in splendor, without spot or wrinkle or any such thing, that she might be holy and without blemish.”

Due to this, we must think of marriage in the same manner as our relationship with Christ. Think about all the times God became angry with Israel for their idolatry. Some might view God as unjust and angry in the Old Testament, but think about it––Israel was God’s chosen nation. Therefore, worshipping other gods meant Israel was unfaithful to The Almighty God. In essence, it’s what we would call “cheating” on someone.

As a result, if our marriages give us an example of Christ’s love for the church, having sex outside marriage means we’re not only unfaithful to what God commands us, but we’re unfaithful to the spouse God has chosen for us.

Our Lord designed sex as one of the most intimate methods of communication, yet it loses its intimacy if we freely give it to other people. Think back to your childhood years; what was your favorite food? Now try to remember what happened when you had that meal too often. Yes, your childhood self may have once looked forward to Kraft Mac n’ Cheese, but eventually, you may have despised it from eating it too much.

That’s how sex has become for some people. The true meaning has faded because people have enjoyed it one too many times.

In addition to this, the Bible mentions one other important aspect of sex. Marriage is a covenant because two souls become one. For instance, it is no longer Sarah and Mark––it’s Mr. and Mrs. Adams. Couples function as one unit, not autonomous leaders. Sex is a way couples confirm that covenant faithfulness to each other.

Remaining pure in a sexually-obsessed culture can become difficult, especially when movies and people spread messages that promote impurity. The road is tough and long, but once you find your covenant partner, you may feel grateful for placing purity first.