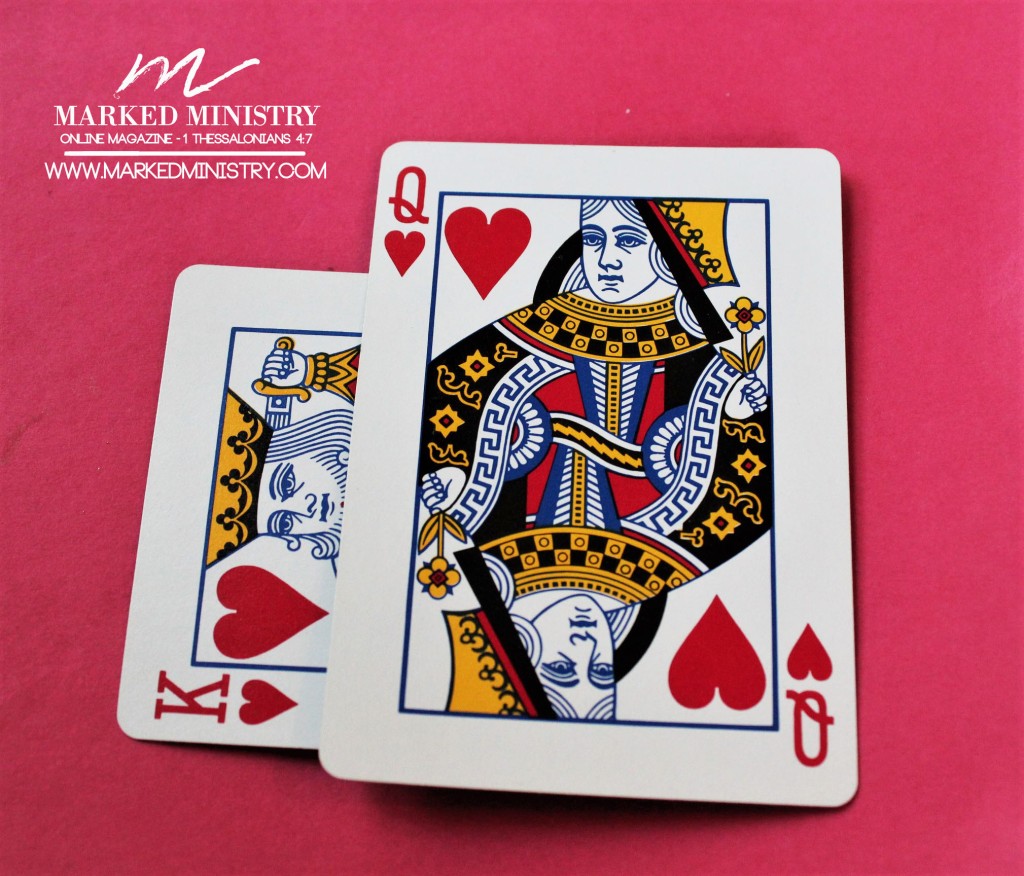 “Cook? Are you kidding me? He barely boils water!”

He’s the brunt of the joke. The sassy words spoken by his wife cut her husband down a few sizes. He blushed, offered a slight and awkward smile while she continued on about how horrible his culinary skills were. He laughed uncomfortably but mostly stayed silent as if to accept his role as a so-called “no nothing husband.”

He shrunk back in his seat and shook his head. The venom of an old wound was unleashed publicly by a woman’s scorn. She ranted on about his former mistakes in a former life until he withdrew completely.

“That’s so ridiculous!” she hissed in contempt mocking her friends. “Relationships are just a ball and chain”, hiding her hurts in her words.

Her presence was made known as she ordered her primarily male teammates with a rough growl rattling off to-do’s and threats if the job was done incorrectly. Her features were hardened into a scowl, intimidating all who were under her command. She ran the roost, priding herself in the labor she could do all on her own.

The young guy offered his hand to help her up. Quickening to her feet she arose with an “I’m fine” attitude. He felt the sting of pushback with her self-sufficiency and backed away.

Alice in Wonderland’s the Queen of Hearts is an interesting villain. She is not blatantly evil, Maleficent, or outwardly ghoulish like the witch in Snow White. She is a diva. It’s her way or well as she says, “Off with your head!” She is royally clothed in hearts, but that is all that is feminine about her. Her husband, The King of Hearts, is miniature in stature, but also miniature in character, taking on the passive role, stripped of all of his masculinity. She doesn’t give her husband an opportunity to shine in his unique role.

Essentially, both lose because they aren’t allowed to operate in their unique roles and instead operate in dysfunction. In turn, everyone around them suffers; most poignantly, her right-hand bunny, White Rabbit. Like the examples above, the aroma of dysfunction is stale and musty. There is no life there. No grace. No loveliness. No beauty. Paralleled in Disney, the King and Queen of Hearts have much to offer as a couple, but succumb to fear and their unique roles are never displayed or enjoyed by others. Ergo, the could-be “power couple” becomes powerless. The King’s small input is overshadowed by his wife who sees no value in his opinions or giftings. Alas, the queen becomes a villain because it’s her need to control all that ends up completely consuming her.

Growing up, one thing that I admired about my parents was their ability to never talk badly about one another in public. They never bashed each other or took an opportunity to undermine the other. It was always commendable and something I desire to implement one day in my own marriage. For me, singleness has been a time for me to enjoy with God and those around me, but also a time to observe and also allow God to weed out what doesn’t belong. To let him work on me now so I can be a better marriage partner one day in the future.

A few years ago, I was with a group of women where the conversation took a turn. Women both married and single started swapping stories on the ways the guys in their lives could not do this and definitely didn’t have a clue about that. Cackling echoed loudly but the environment was clearly negative. Bitterness, cynicism, and criticism were evident. To everyone else, I was the prude who didn’t join in the party, but it was a party I didn’t want to be at. Opting out, I began highlighting the ways guys actually made a difference in my life. Quickly, the party was over.

Men in current culture have gotten a bad rep. They are the deadbeat dads. They are the boyfriend who broke hearts. They are selfish ones who took from us. They are the guys that abused, abandoned, disappointed, and neglected us. According to pop culture they are the dodo brains completely incapable of doing anything right. They turn being a husband or father into a disaster and certainly can’t contribute anything worthwhile and they would certainly do better if we females coordinated their outfit. Ah, poor souls. We pacify in public and condemn in private.

The problem is when we view all men like this.

Unfortunately, our negative experiences dictate our actions. Ladies, like you, I’ve been hurt deeply by men in my life. I’ve experienced heartbreak. Disappointment. Abuse. My wounds at one point unleashed a bitterness that tainted my view of ALL men that resulted in a cynical mindset and self-sufficiency to self-protect. Underneath was fear. When treated by the ultimate gentlemen, Jesus Christ, I could see the world as He intended. I could feel and I could surrender and have God prune what was not fruitful in my life. In turn, I could forgive, operating in my God-designed feminine role. As I healed, the obscurity vanished, and I was able to see men as Jesus did. I could accept their help, receive from their strength, appreciate their differences, and value their giftings. Today, I can’t tell you how grateful I am for their good contribution in my life.

Ladies, I do want to say that I believe in women having opportunity, rights, and to be treated with honor. I believe women can do many things and be amazing leaders. Yet, in the process, my desire is to not degrade, overshadow, and overpower men. My desire is to be respected and also to give that respect. I want to stand with them, not against them and that honor starts with my words and my actions. In turn, we have the opportunity to make an incredible impact.

Ladies, I also want to say that I do not minimize your hurts. I want to be the first to tell you I’m so sorry for the pain that happened to you and that grieving is a necessary process of healing. But health won’t occur until bitterness is completely uprooted. All of our wounds, if untreated, can cause us to react poorly. Most females are unaware of their behavior because under their unscathed exterior are concealed wounds. We grapple for control, afraid to be let down. We take jabs because we think we should retaliate from hurt. It could be because we developed a learned behavior from a family member or coping strategy in a dysfunctional environment where the roar response is a self-protecting mechanism. Either way, healing is necessary so the outcome is not the demise of Queen of Hearts; a controlled, ranting and raving woman. Her domineering and condescending behavior towards her husband had a root. Although we don’t know if the King hurt her in the past, if she was raised by an overbearing mother, or had an absentee father, we do know that the Queen is clearly afraid. Think about it, she was a leader obviously with a dynamic personality. She could have ruled with strength but also with grace. She could have stood with her husband instead of standing in front of him. Now that’s a fierce female! But, ultimately, it was her fear that drove her to demand her way or the highway. She is unattractive not because of her physical looks but her controlling disposition.

Although the world will tell us to jump on the guy hater bandwagon singing Demi Lovato’s “Sorry not sorry,” – friend, there is a better road to take. Less traveled, yes. Blessed? Absolutely.

You have so much beauty to offer! Don’t conceal it, offer it in grace. Will we get hurt by guys, yes. Will we hurt them? Yes. But the beauty is the posture of being a forgiving person. One who is who is willing to show grace and respect encourages others to naturally respond in love (which is what we females crave most). People need to see the beauty you have. The feminine loveliness that is uniquely yours. See the potential in men. Call out who they really are. Compliment their good qualities. Let them help you. Show them honor and choose to not to hold a grudge when expectations aren’t met. Nothing is more unattractive than a critical and bitter woman. Proverbs puts it like this, “It is better to dwell in the wilderness, than with a contentious and an angry woman,” (Proverbs 21:19). Take a lesson from the Queen of Hearts and instead offer the world beauty from the heart. Single ladies you can start this now and watch what happens around you! You’ll be painting roses red with vibrant color and displaying the characteristics of a true royal as a daughter of King Jesus.

“Don’t use foul or abusive language. Let everything you say be good and helpful, so that your words will be an encouragement to those who hear them.”

“Dear brothers and sisters, honor those who are your leaders in the Lord’s work. They work hard among you and give you spiritual guidance. Show them great respect and wholehearted love because of their work. And live peacefully with each other.”

“Let your conversation be always full of grace, seasoned with salt, so that you may know how to answer everyone.”