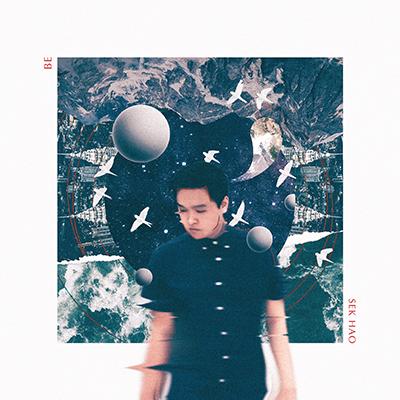 Reflections of a Grateful Artist

I grew up in an Asian family with stern parents who wanted the best for the three of their sons, my older brothers, but never disregarded happiness, passion, and love in the process of doing so. As Christians, we attended a local church called Full Gospel Assembly in Kuala Lumpur, Malaysia. As a young boy, God met me in youth camps and conferences, but it never felt like it mattered so much because there was nothing too big of a deal that I felt was in my life for God to be a part of.

I grew up loving listening to music, but disliked playing music because a not-so-inspiring piano teacher that pretty much looked like he was doing the job for the job’s sake. That then became a moment in my life when I hated music after being caned by my teacher for not practicing my piece. I was still a child. I decided to quit my piano classes at the age of 8 along with all the other music in my life. It was not until I turned 13 when I stumbled across a song by Switchfoot called “Awakening” from their album, Oh! Gravity, from my brother’s iTunes.

I instantly sat up on my chair and perked my ears forward to the speakers. I started studying their lyrics and I dived into their music as though I instantly knew music as an intricate craft that had so many aspects to it. I remembered saying, “Wow, God. It’d be so cool to be like them. I wanna go around the world and play music that carries hope and a message to people, too. I think I want to be a missionary of music, God.” It became a dream.

Years passed and it came to the moment when I had to decide my career path for college. I took a nine-month gap and decided to allocate that time to seek my calling and wait on the Lord for a confirmation, but music was always on my heart. And like most Asian families, careers, especially in the arts, were a “no-no” because of the unsteadiness of the income, the impossibilities in the future concerning jobs, and other related issues. Long story short, my parents witnessed to the calling, gave me the green light, and off I was to pursue my Bachelor of Arts in Contemporary Music.

The course was four years in total. At this time I felt a call in my heart, along with a leader I was journeying with at that time, to prioritize in serving my youth and focusing on my degree; leaving and having no relation with the music world. It was tough, but totally rewarding. So, I showed up at Jumuro Music for my internship course after four years of a hiatus from the scene dedicated to my degree in UCSI University and my youth. I was offered to sign with them in the second week of the internship course. It was crazy!

I waited the offer out until my 14-week long course ended, and by the time I was no longer an intern with the company; it was already 2018. I signed with them as a songwriter and within a few months, the company offered to release an EP on my behalf with all the singles I wrote in that span of time. It happened before my eyes, miracle after miracle. Costs were taken care of. Resources were provided. Even the right people came into the picture at the right times when things that only they could do were needed. It was truly a moment to behold. The entire orchestration of the process was divine, and God was the sole evident orchestrator in this symphony. He made the way and He kept to a promise He made with a 13-year-old. Every moment I had alone struggling and battling while in the wait all those years, was necessary for me to see that God was holding onto me. Every moment that curated out a song or a cry of praise became all the more precious to me. He cared about my dream. I was allowed by grace a glimpse of His dream for me.

And so now my music is out on several platforms including certain Chinese-language ones, hoping and waiting to garner more listens and more hearts to share with. Interviews with several mediums of social media have piled, but one as auspicious as this with CCM, definitely is a highlight for me. Being given the chance to write on a platform such as this is truly humbling to the core. I am truly grateful for all that God has placed for me both small and big. And my greatest gratitude is that I am tasked to do what I love doing, and that is being able to share my heart on a platform whether through my music or not. What an honor it is to serve.

For more on Sek Hao and his EP Be, visit: jumuromusic.com/sekhao-be/