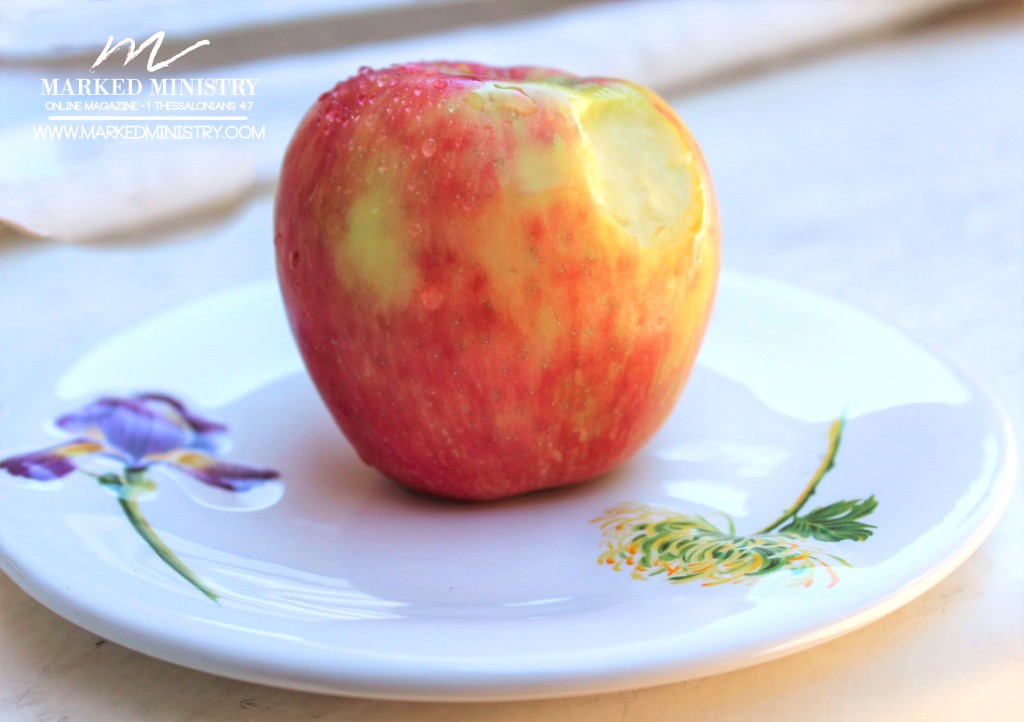 “But Samuel replied: ‘Does the Lord delight in burnt offerings and sacrifices, as much as in obeying the Lord? To obey is better than sacrifice, and to heed is better than the fat of rams.”

When my daughter was younger, she was the queen of negotiation. Everyday we would find some thing new to wheel-and-deal over. I would tell her, “Honey, did you pick up your toys?” And with a mouthful of food she said, “Yes—well, at least the ones I was playing with before dinner.” If I told her, “Pumpkin, eat all your vegetables.” She used to point to her plate and reply, “Okay, Mom. How many of these things on my plate are really vegetables?” You should have heard the debate we had about tomatoes really being a vegetable or a fruit. New challenges, new scenarios, it does not matter the situation, my daughter would find a way to insert her will.

Although her bargain-style approach to my requests could become aggravating, I could not come down too hard on her. You see my daughter is just like me; for I, too, love to negotiate. No, I do not debate food choices or portion sizes with my mother, nor do I argue about cleaning up. Yet, I am responsible for trying to bargain with my spiritual parent—Jesus.

In many instances in my life, I have known the truth of God’s Word, and instead, I have chosen to pursue the things that I thought were best—negotiating with God every step of the way. In my heart, I would feel convicted when I knew I was doing something wrong.  For a second, I would stop and think about my actions. I would ponder if this was the best Biblical choice. Then, quietly, that little voice in my mind would start echoing, This is not that bad. God wants you to be happy. This not a big issue and everyone else–even Christians–are doing it. Yeah–this can’t be wrong…right, God? As I continued to ignore the warning, the sting of conviction eventually subsided, and the momentary severity of my sin would diminish. So many times I was willing to surrender to the power of compromise to accomplish my will.

At this point, you may be saying, “This has no relevance to me. I do not compromise on anything serious.” Okay. Maybe your compromises were not as extreme as mine, but we all do it! It may not be a major life choice, but most often compromise can sound like this: “I did not read my Bible today and forgot to read yesterday…but I will read three chapters tomorrow. This way, I can catch up on my favorite T.V. show and be spiritual, too.” Or, tell me if this sounds familiar, “Wow, it is already Sunday! I have so much to do. Umm…I’m not going to church today, but I will be there next week.” For some compromise may even be something like dating a person who is not right for you,  reading certain books, or hanging out with people who make poor choices. Whatever the situation, the power of compromise appeals to all of us!

I have news for you, compromise is not new concept. It was even a challenge for the first people on earth. In Genesis chapter 3 (I encourage you to read the chapter, if you have not), the Bible tells us that Eve, the first woman, struggled with the same battle. In this chapter, she is faced with a tough choice: Eat a delectable piece of fruit or obey a command that God gave her and her husband, Adam. Adding further difficulty to the situation, in the background we see the crafty and cunning serpent calling out to her saying, “Did God really say, ‘You must not eat from any tree in the garden?’” (Remember the little voice that echoed in my head earlier. Doesn’t this phrase sound familiar? Satan, the serpent, loves to add confusion and temptation whenever compromise is involved.

Eve was in quite the predicament! She could select what seemed to be a fleshly-pleasing, and even crowd-approving choice, or obey a commandment that prohibited her cravings. As her flesh desired something strongly, and Satan tempted her with confusing and conflicting thoughts, Eve chose to fall back on what she wanted, and not what was best for her. So, no surprise, but like the rest of us, Eve chose her desires over God’s commands.

Eve’s choices, my daughter’s choices, and even my choices are all motivated by one factor—a desire to serve my will. My choice to negotiate with Jesus and ask Him to look the other way, while doing what I wanted, was (and still is) rooted in the problem of selfish disobedience. This disobedience, when consistent and repetitive in action, will eventually become a tool of destruction—reeking havoc in our lives. But thankfully, Jesus offers us a cure.

If we chose to surrender our will, and submit to His, Jesus begins to change our heart. His Holy Spirit fills us, empowering our lives with wisdom and a desire for obedience. Jesus tells us in John 14:21 that, “Whoever has my commands and keeps them is the one who loves me. The one who loves me will be loved by my Father, and I too will love them and show myself to them” (NIV). This means that those who love Jesus, and seek to have a relationship with Him, will also desire to cast off their desires and compromises, and through His grace will keep His commandments (obedience), even when its not easy. Through actively seeking out Jesus, we begin to throw aside the things that are less worthy, instead of desiring temporary and unfulfilling pursuits. Our hearts will thirst for Jesus.

Friends, learning to obey can be difficult. I still have not mastered the skill. But, when we realize that it was through obedience that we were saved, since Jesus also obeyed His Father’s plan of the cross, our love will come as a natural, beautiful thing. As we see that Christ’s sacrifice was the ultimate act unselfish obedience, our hearts will begin to focus on what truly matters. For His sacrifice reminds us that our compromises—no matter how tempting—are not worthy, or even necessary, when we consider how deeply we are loved by Jesus and how His obedience saved us.