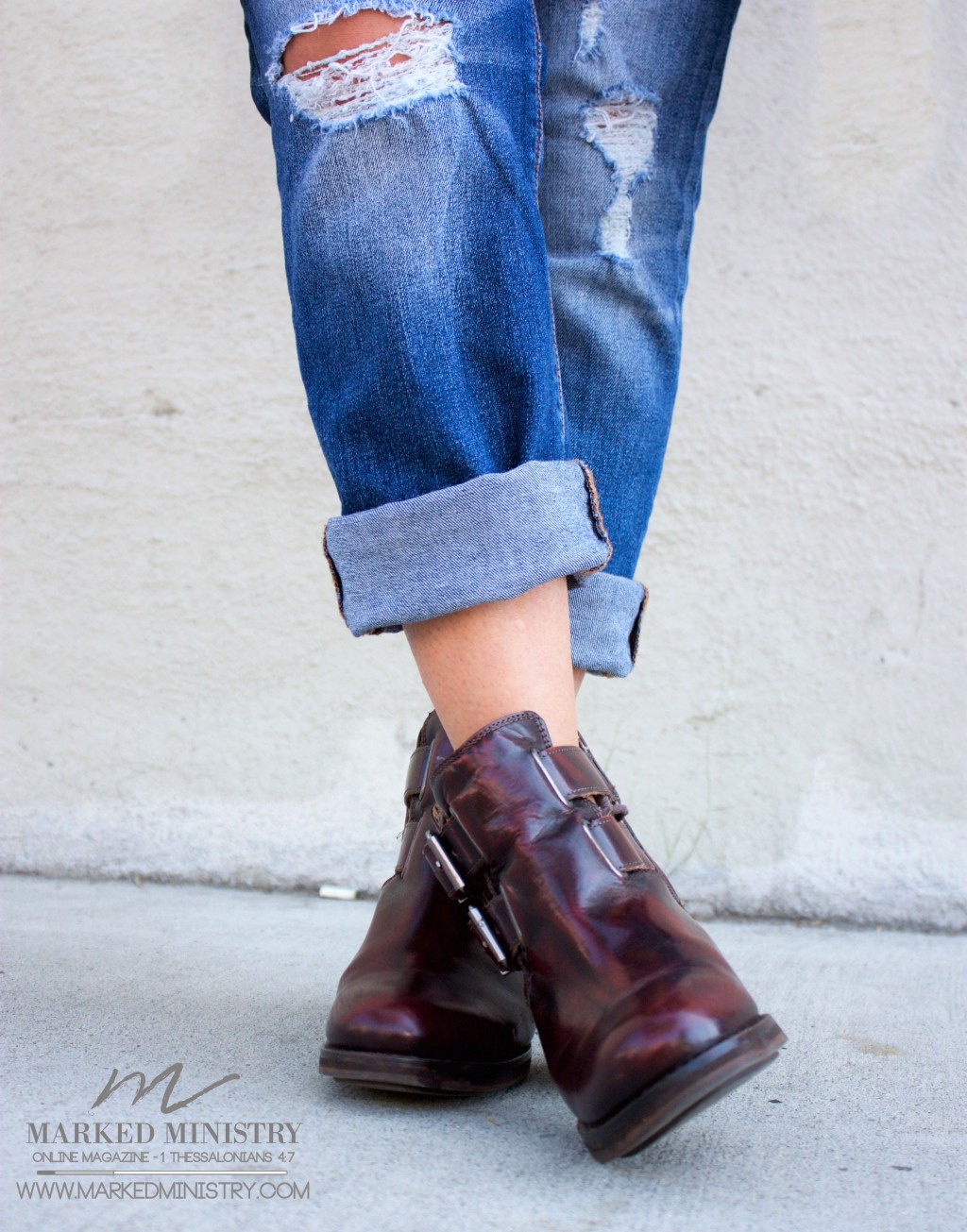 Taking a Step Back When Things Get Tough

Learning life lessons is never easy. We constantly ask ourselves, “Why didn’t I think about that?,” or “If only I had…” If you’re like me, you constantly replay that awful moment in your head––over and over again until your mind literally goes numb from overthinking. It’s like an iPhone app that crashed from having too much going on at once. After restarting, it reboots, and that’s what taking a step back during tough times can do for a person’s mind.

This past month has hit me harder than a lot of previous times in my life––aside from my year-and-a-half long battle with gastritis. I have endured so much heartache this month that I wonder how in the world God expects a measly 23-year-old to handle tons of things falling out of place in the same month. My first speeding ticket; the loss of two best friends; losing my trust in most of humanity; dealing with the repercussions of my disability.

Then, I re-read through one of my favorite books, It’s Okay Not to Be Okay, by Sheila Walsh. That book is a blessing. I honestly bought it on impulse last spring, when I was in the thick of dealing with PTSD (I have recovered and learned to manage the condition since then). This lovely woman reminded me that it’s okay to ask God tough questions. To grieve and express honest emotions. To grapple with the heartache and hope for healing. At the same time, she reminds readers that Christ listens openly. We might not receive an answer at the time, but he’s still there––just listening to our honest emotions.

“Whatever it is that you’re facing right now, Christ invites you to bring who you are and what you have or don’t have to Him in honesty and humility and wait with Him there.”

Sheila’s words connect directly with a lesson that I’ve learned over the last couple of weeks: avoiding your problems can actually turn into a healthy coping mechanism. Wait, what? You have a Master of Arts in Christian Counseling and are telling me to not deal with my problems? Yes––but only for a certain period of time. In certain situations, such as in my work environments, I’ve had to disclose my conflict coping style. The answer? I retreat and return.

Why and how has this strategy been helpful, you might ask?

It’s because retreating from the problem allows me to not only process what’s going on, but also a time to de-stress and think more clearly. You see, it’s often difficult to solve a challenge when you’re so focused on something that you literally can’t see anything except the small details, then it’s hard to see the bigger picture––what’s really happening. Those who are stuck in this area of minutiae have a tendency to only see the glass half-empty, meaning that the negative aspects of a situation will always overshadow the positive. As a result, a person will have difficulties seeing the bigger picture until they take a step away from the aggravation.

If you’ve ever worked on a big project, such as a painting, then you’ve probably experienced this to some extent. I’m a watercolor painter, and I always have to break up my painting time into sessions. Some artists could go eight hours straight, but I can only do a couple; otherwise, I get lost in the details. I become frustrated that a tree leaf isn’t the exact shade I want it, or that the grains of sand I’m working on don’t look light enough. Nevermind that the painting as a whole looks great––I just care about those little things. However, when I come back a couple of hours later, I suddenly love my artwork again.

Lately, I’ve found the same true for my life. I’ve been angry, frustrated, and devastated with myself lately because I have ADHD, and it seems to leave a heap of destruction wherever I go. I used to love my ADHD because it’s why I’m a fun-loving, spunky, energetic person who is often a team cheerleader. On the other hand, it seems that the negative side of my ADHD has upset people recently. They get mad at me for making mistakes––and cannot understand how in the world an intelligent woman like me could possibly make said mistakes. I don’t know either, and I wish I knew why I do stupid things sometimes. Yet I always have learned my lessons the first time, and I take solace in that. If nothing else, I know God for sure understands that I’m trying my best.

The past couple of weeks, I’ve had a tremendously light workload. Think about 20 hours a week, which is way down from the 40 I had the past month, and the 60 I normally have when the world isn’t fighting a pandemic. Because of that, I’ve literally had lots of time to practice self-care and have felt like God has given me the freedom to just process and listen to his voice. It took a few days, but I soon felt God’s peace here-and-there.

Much like Job, I still don’t understand how a person with integrity like me has turned into a victim of travesty––people painting an inaccurate version of my true self, and life trying to convince me that this alternate identity is the “real me” because I have failed miserably in many ways. One day this week, I literally sat on my bed and cried hard on the phone with one of my most trusted coworkers, whom I consider the “sister I never had.” She not only listened to each and every word I said, but she also sent words of encouragement that helped me continue taking a step back: I’m proud of you for eating a meal today. That sucks, and I’m so sorry this is happening to you. Can we set up a Zoom meeting so I can help you through this?

Immediately after that cry-session, I became mad at myself––again. Why did you waste so much time over something so trivial? You’re a strong woman; pull yourself together. Another 30 minutes later, I had an epiphany: I needed to do this––to stop focusing on my problems and allow myself to feel. Allow myself to do whatever it takes to heal––releasing emotions, creating art, talking with friends, even just sitting and breathing instead of engaging in self-deprecating behaviors.

Some people in life can easily push past obstacles because they don’t struggle with hard feelings. I’m not one of them, which is why these times of “retreat” are absolutely necessary. Those same people would probably tell me that I’m avoiding my problems––yet I am not. On the contrary, I am taking an “intermission” and will return to those problems when I have the mental space and clarity of mind to deal with them rationally instead of impulsively. Even God’s own Son did this. Remember those times when he went off to pray? Of course, he was talking with God the Father, but I believe Christ (in his human state) needed that space to decompress and find peace.

Decompressing isn’t equivalent to disregarding. It just means “Not now, but later,” and it’s a healthy practice that can result in an improved self-image, sense of self-worth, and a freedom to be honest as one spends time with the Lord.

To find out more about Jehn and to pick up her newest book release visit the direct link here.