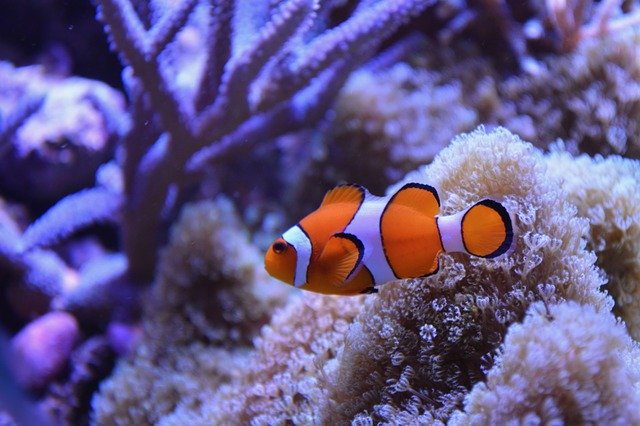 (Photo courtesy of free commercial use by Pixabay)

I’m sure a majority of us have seen the Disney movie “Finding Nemo,” but if you haven’t, you will want to put it on your list of movies to watch ASAP because it’s a classic must see! Without giving away too much details (for those of you who haven’t seen it), it’s about a father (Marlin) whose son, Nemo, gets captured, and in an effort to save him, he goes on an adventure. Though the movie mainly focuses on “finding Nemo,” as the movie suggests in the title, there are characters that play a vital role in his being found.

Marlin, like his son, is a clown fish, and early on in the movie, we find that Marlin is very protective over Nemo and babies him for various reasons. For one, Nemo has a little fin, which Marlin shows concern for. He fears that Nemo’s disability may cause him to get harmed in some way. Aside from this factor, Marlin has experienced trauma from the past. Despite Marlin’s efforts, we see early on in the movie that his wife and other children suddenly die from a barracuda attack, leaving Nemo and himself as the only survivors. As you watch the movie, you see how this traumatic experience plays a vital role as to why Marlin behaves the way he does.

Sometimes in life we experience trauma. Trauma can look different for everyone, and sometimes we are able to pinpoint where we have experienced trauma in our lives, while other times we can’t readily see how it affects us. In the movie, we see that Marlin is affected by the loss of his wife and children, and that has had an effect on how he sees his world. He sees his home in the ocean as a place full of uncertainties and fears for himself and more importantly, Nemo. When Nemo gets captured, Marlin is put in the position to have to face his fears head on. Despite these fears, the love he has for his son is what drives him to move beyond his worries.

As Marlin journeys on in search for his son, he meets some helpers along the way: Dory and Crush. Through these two new friends, Marlin begins to see things in a new light. Dory, a free spirited, adventurous fish, and Crush, a wise sea turtle, both help Marlin see that sometimes in life you need to take risks.

In my life I have experienced trauma from past relationships, and it wasn’t until just recently that I realized you can carry trauma around with you without really recognizing it as such. Crazy, huh? Much like Marlin, I’ve allowed past hurts, amongst other things, to prevent me from moving forward. Sifting through these things with the Lord, I realized that I can do one of two things: I can choose to allow my past negative experiences to cause me to fear and not move forward, or I can do something to try and change my situation and my future. Just how Marlin didn’t allow his fear of uncertainty prevent him from going off in search for Nemo, we have choices as well. I understand, though, that we all have varying levels of experience with trauma and how that has impacted our lives, but one thing I know is that God wants to bring healing to our present pain and past regret. If you’re like me, it’s hard to admit you need help or that you have past hurts still lingering, especially when you thought you had things in order. It can be such a humbling feeling, yet scary as well. One thing I realized was that in order to move toward a better future, I had to confront the past. I love that God doesn’t allow us to be reminded of the past in order to hurt us. Instead, He reveals areas of our life to show us what areas we need healing, and being the Great Physician, He knows how to heal.

If you have struggled in relationships or have past trauma that has caused you to be hardened towards being in a relationship again, I totally understand. It can be so difficult and scary to open yourself up again to someone new in fear that the past will repeat itself. We can find ourselves like Marlin, gripped with fear of stepping out into the unknown. Sometimes taking a step toward healing is what we need so that we can enter into that relationship God has for us in the future. As Marlin stepped into the unknown in search for Nemo and met friends along the way that helped shed light on his fears and worries, I pray that God will bring people along-side you to pray for you and support you on your journey toward healing. May the God of all comfort (2 Corinthians 1:3-4) bring true healing to your life so that you can step into the plan God has for you. It may feel uncomfortable and difficult at times, but it will be worth it in the end. Think of Marlin. If he hadn’t chosen to face his fears from the past, he wouldn’t have gone on the journey he did that caused him to meet new friends that eventually led into him finding Nemo.