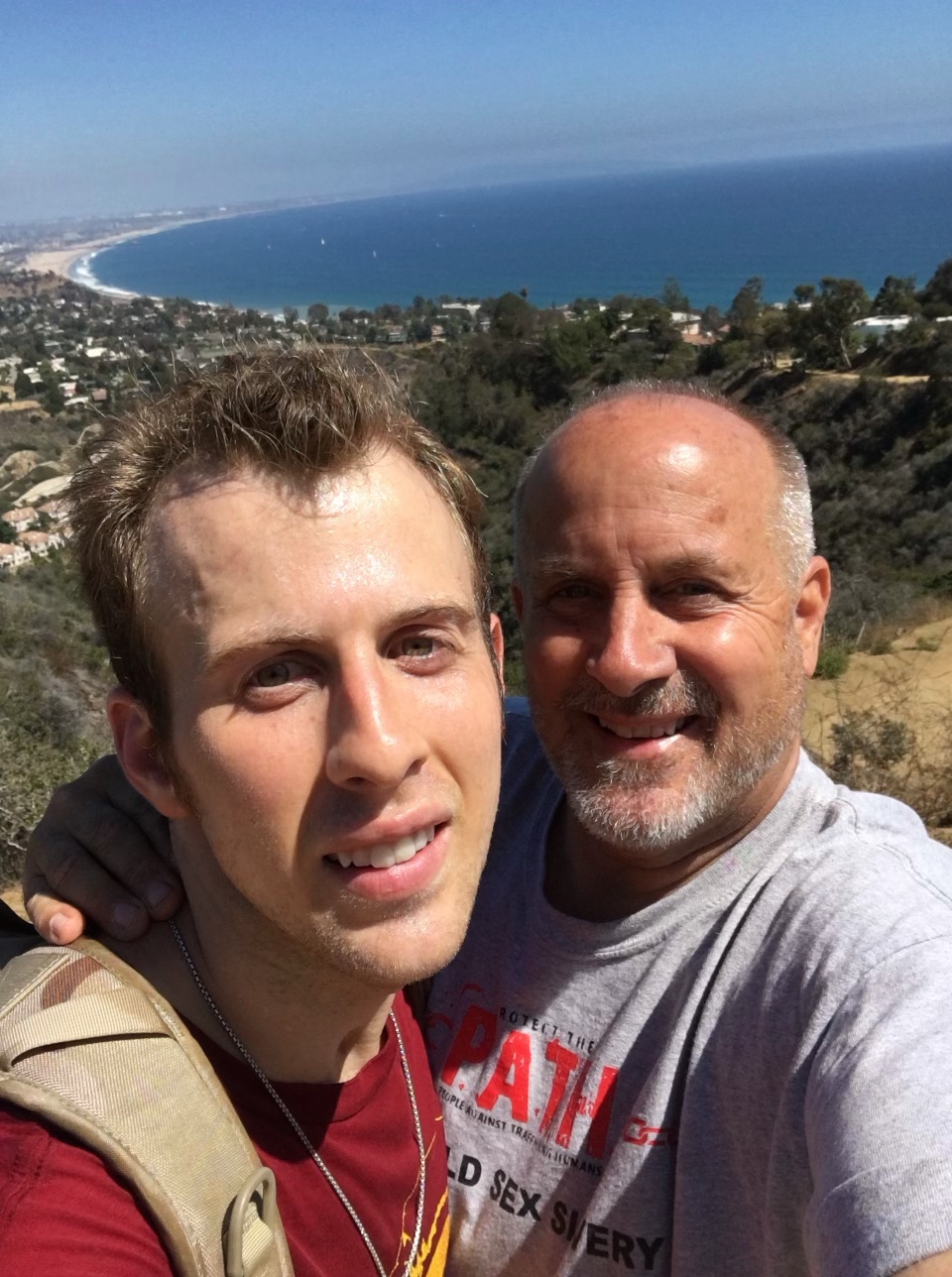 The inspirational genre in our culture has become preoccupied with the subject of miracles. Over the past years, the Christian film industry has released films like, “Heaven is for Real,” “Miracles From Heaven,” and most recently, “Breakthrough.” All of these are based on real-life stories and also fictional accounts of eternity. Yet, while all these movies highlight life after death, focusing on the physical miracles of individuals, few, if not any, showcase the phenomenon of overcoming spiritual death. This is where the short documentary, “The Shawn Miracle” comes into play.

Former Executive Vice President and General Manager of the LA Dodgers had it all. Coined, “the Best General Manager in the Game,” his public 17-year career was filled with accolades, victories, and successes; however, his private life was deteriorating. Categorizing himself as a “workaholic,” Kevin honestly communicates about the ways he made mistakes as both a husband and a father.

He reflects, “I was in baseball and a part of the challenge I think as a believer, or for any man or woman that has a career, is to have your priorities in line. I struggled with being able to balance being a husband and a father with being a successful Major League Baseball Executive, and that was with being intentional in staying in the Word, prayer, and in fellowship.”

The other red flag is what Kevin describes as feeling “safe” in our walk with God. This affected his awareness of heaven that informed his decision-making. However, through life’s difficult lessons, Kevin would be able to steer back on the right path and encourage others who do not yet know the warning signs of a detour.

“The key is not only getting there [to Heaven], it’s, ‘what do you do along the way?’ Are you fulfilling the purpose in the plan that God has for your life? Is your life relevant? Is your life making a difference? Do you have an impact on others? And I think most people that have jobs or careers can think like this. I was a workaholic, my priorities were winning championships for The Dodgers and other teams that I worked for. Through following Jesus, there’s glimpses, pieces of eternity; the peace of God, the comfort of God, the mercy of God, worship, prayer – a lot of things that we get to enjoy and experience here on earth.”

This raw wisdom comes from a place of authenticity. This was the seed that grew an idea to share the story that changed his life and doing it in a way that was transparent in humility to bring glory and honor to God. In turn, he has also experienced the reality of miracles through redemption illustrated throughout the fabric of his story as a professional, a husband, and a dad of his two children, Shawn and Shannon.

After facing a time of disconnect with his family, his wife Marilyn stepped into the role of “supermom” while Kevin traveled and life on the home front unraveled. Kevin would soon learn about his valedictorian son whose wounds from his father’s absence would turn into drug addiction. Amid the darkness, Kevin experienced a turnaround, miracle number one, a second chance at fatherhood.

“There’s nothing wrong with working hard and doing things with excellence because God is a God of excellence and that pleases him when we work to be excellent, but we have to keep our priorities in line. Which are, Jesus first, wife or husband second, and children third, and when you do that, that honors God and he blesses those efforts.”

He continues with a word of advice, especially for men with similar struggles – work smart.

“When you’re working smart and you’re giving your wife and kids the time that they need and they deserve, God will bless that. Say if you’re working 40 or 50 hours a week, and if you work 45, God will bless those 45 as you’re honoring your marriage relationship and your role as a father. The Bible is pretty clear, ‘Seek first the Kingdom of God, His righteousness and all things will be added unto you,’ and I think sometimes when we’re pursuing our selfish agendas, which sometimes can be a career, you can get off track and focused on the wrong things.”

As Kevin began to prioritize his life, fatherhood became a new venture of displaying love through action and presence. This meant that Kevin would stand by his son, through his addiction and not give up on him.

“When we show people compassion, we show the love of God, and we show the kindness of God. We show all those things and I think God wants us to represent on behalf of Him. Being like Christ is to be compassionate.”

Through this time of being consistent in loving his son through his wounding, Kevin and his wife faced what no parent would ever want to experience, overdose. Yet, when doctors said that Shawn was not going to make it, Kevin and his wife continued to love and refused to give up. In desperation, Marilyn prayed, “God, we want a full miracle.” The cry was not only for Shawn’s physical body but also for his lost soul. In that place, God heard, doing the miraculous, healing not only Shawn’s traumatic brain injury caused by the overdose but also, his eternal welfare, giving a new spiritual destination.

“She [Marilyn] needed a full miracle so he [Shawn] could come back to earth so that he could know Jesus Christ. So, she was crying out for the compassion of God. And I think throughout the movie, it shows my struggles as a father and God also having compassion on me. He gave Shawn a second chance at life, but he gave my wife, my daughter, and myself, second chances as well. He gives multiple chances. In the Bible, Jesus looked at Jerusalem and He wept for the people. Throughout the Bible, Jesus kept having compassion on people. And compassion is just an outward display in my opinion of love.”

For Kevin, the idea of destination has become a way of life bringing a keen awareness of a “taste” of heaven he experiences in the everyday. But he is also keenly aware of the pain a destination detour can bring. However, he wants readers to know these detours, are never places that God can’t help us through.

When continuing our conversation about vulnerability, he is quick to say that this film is all about pointing people to God through faith saying, “We made this movie to point people to Him because he is the God of hope, He is the living hope, and He is the true hope. Apart from him, there is no hope.”

He expands as we talk about the theme of redemption in his life.

“We need to be redeemed from our sinful nature and our broken messed-up lives and only Jesus can put us back together and gives us the wisdom we need. We need to be on the right path, to stay on the right path, and live a life of obedience. I mess up. I still fall short. I do stupid stuff. I still sin, I try not to, but I still do ’cause I’m in this weak flesh. But, I’m trying to get stronger. I’m not perfect but He (God) will help me get through those times when I do mess up…We all need redemption and it comes at different times, in different ways. People need to be redeemed from certain aspects of sins that they’re caught up in and things that have got them off track or that are destroying their lives. And we’re in a spiritual battle. People just act like that’s not a big deal – we are attacked! Our marriages are under attack. Our kids are under attack. Everything we do that brings honor to God is under attack. I mean, in the culture we live in now, there’s so much angst, anger, and so much division that people want to say there is no God. They want to change the Bible. They want to say, ‘God didn’t say that, He meant something else,’ No. It’s relevant. The Bible is still relevant today as it was thousands of hundreds or thousands of years ago.”

Ultimately, Kevin urges us, the reader, to take ownership of our destination versus taking a more, hands-off approach to our faith. He encourages others to hold responsibility for our destination in life acknowledging, “we pray, and we trust God to do all that he can do and there are many things only He can do, but there are things that we’re responsible for.”

In our final moments, I asked Kevin about Shawn and what the movie ultimately meant to him. Again, the word destination arose as he spoke of the deep value in his son’s life as well as the healing that went beyond the physical.

“His spiritual healing was a miracle. This was a young man loving the things of the world, the drugs, alcohol, all the partying, fighting, getting in trouble, locked up, leading up to a 180-degree turn after repentance. Going the other way, he ran after Jesus. Today, Shawn is studying his Bible, Hebrew, going to Israel, praying, fasting once a month, listening to worship music, and all the things that you do when you’re seeking God wholeheartedly. So, to me, the physical miracle is exciting. And that’s what people comprehend in the story, but, the spiritual part of his transformation, where he is now, right with God, that’s the miracle.”

View the movie watched by millions around the world by checking out: shawnmiracle.com/watch