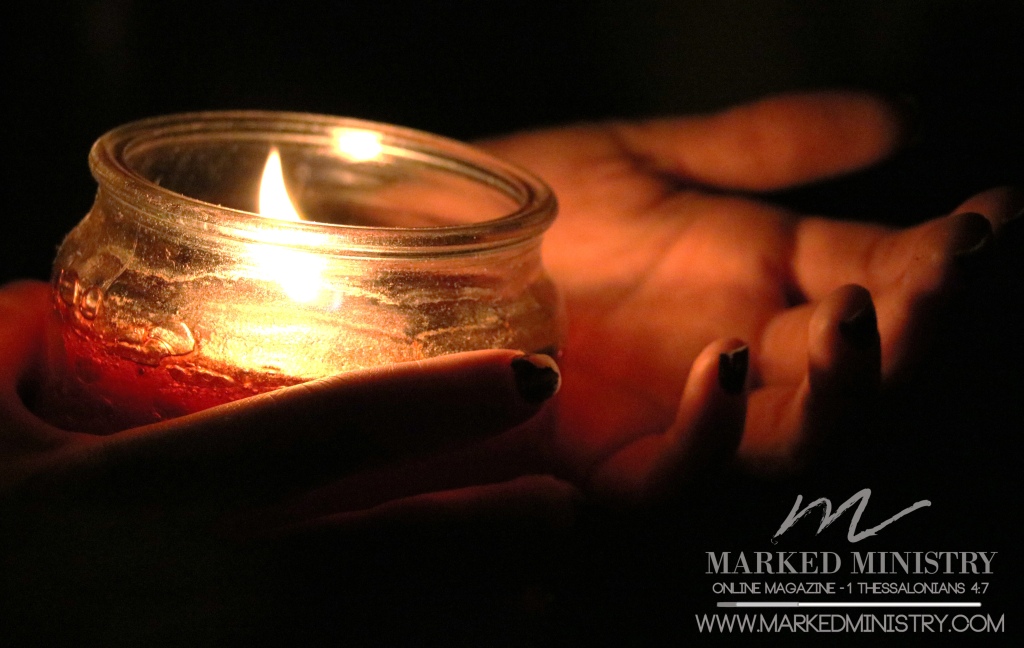 Faith in the Midst of Fire: A Testimony

I remember waking up and could barely put pressure on my feet because they hurt so badly. I was only twenty-two years old and lived abroad in Scotland. I chalked it up to long walks and bad shoes. I had no reason to think otherwise. A year later, however, I was referred to a rheumatologist and found myself in a podiatrist’s’ office. Two years, and a handful of doctors later, I was finally diagnosed with Rheumatoid Arthritis.

The adjustment to life with an autoimmune disease was difficult in the beginning. Because chronic pain and fatigue were my greatest challenges, I had to make a lot of lifestyle changes. If I had a busy Monday, Tuesday became a recovery day and so on. Learning to pace myself was key in managing my disease.

By my late twenties, I felt I had my disease under control. I had made the necessary adjustments needed for living with RA, and although I battled with symptoms daily, it was something I managed. However, all that changed when I turned 32 and found out I was pregnant. I could have never prepared for the challenges that lay ahead.

Unlike most women, my RA progressed aggressively during pregnancy. My left hand completely crippled, and I was on bed rest the majority of my last trimester. I had zero energy to take care of myself let alone a new babe. Fear of the future was my constant companion. How in the world was I going to manage this?

Although I wish I had faith in those last months, my fears were not unwarranted. After having my son, my health plummeted. Yes, my RA was out of control, but I was also diagnosed with fibromyalgia, active Epstein-Barr, and a gene mutation called MTHFR. And if that wasn’t enough, I was battling what I now know was severe postpartum depression and anxiety due to hormone imbalances. Life was a tumultuous storm, and I drowned in the midst of it.

I remember when I was in Bible study two years into this trial, when life had started to get a little more manageable, and I shared all I had walked through. A very well-meaning woman turned to me and said, “But wasn’t it in your darkest time that you felt Jesus the closest? Wasn’t it just the sweetest time with Him?”

Because pretense had flown out the window long ago, I turned to her and spoke very honestly and said, “No. It wasn’t. It was the hardest time I have ever faced in my faith. God seemed so distant. So far away. I don’t know where He was in it all.”

Then God sent an angel in the form of sweet Melissa. A usually shy woman in Bible study added these words: “Isn’t there a saying though that the Teacher is always silent during the test?” A wave of understanding washed over me. My entire situation illuminated.

The Teacher’s always silent during the test.

Having been a school teacher myself, this made perfect sense. I would prep the kids, teach them, pour knowledge into them, and then it came time for the test. The time for me to find out just how much they had actually learned by how much they could practically apply, without me giving them any input or answers. This is what God was doing in my life.

I had been a Bible teacher and mentor for years, constantly sharing with others the truth of God’s word, encouraging them to cling to His promises. But now it was my test day, my turn to apply what I had learned, and it was a struggle. But God WAS there. His silence was just a means of testing my faith. And like any good test, it truly revealed my weaknesses and strength.

At first, I felt condemnation that I had questioned God during that time. I also felt I had done something wrong by not having a more intimate experience with Him in my pain. But God revealed to me the great work of perseverance.

Romans 5:3-4 says, “But we also glory in our sufferings, because we know that suffering produces perseverance; perseverance, character; and character, hope.”

God was pleased with the perseverance my suffering had produced because that perseverance created greater depth of character in me. At the time, I didn’t think it was enough, but it was enough for Him. After all I had been through, I still loved Him, still believed in Him, and still trusted in His promise that all things work together for good for those who love Him.

Now that I am on the other side, I can truly say it was all for God’s glory and my ultimate good. I learned grace for myself and for others. I have greater compassion for those suffering or in need. I didn’t necessarily learn one thing, but God changed me.

I may not have felt Jesus in the fiery trial per say, but He was there, walking with me, refining me into who He wanted me to be.