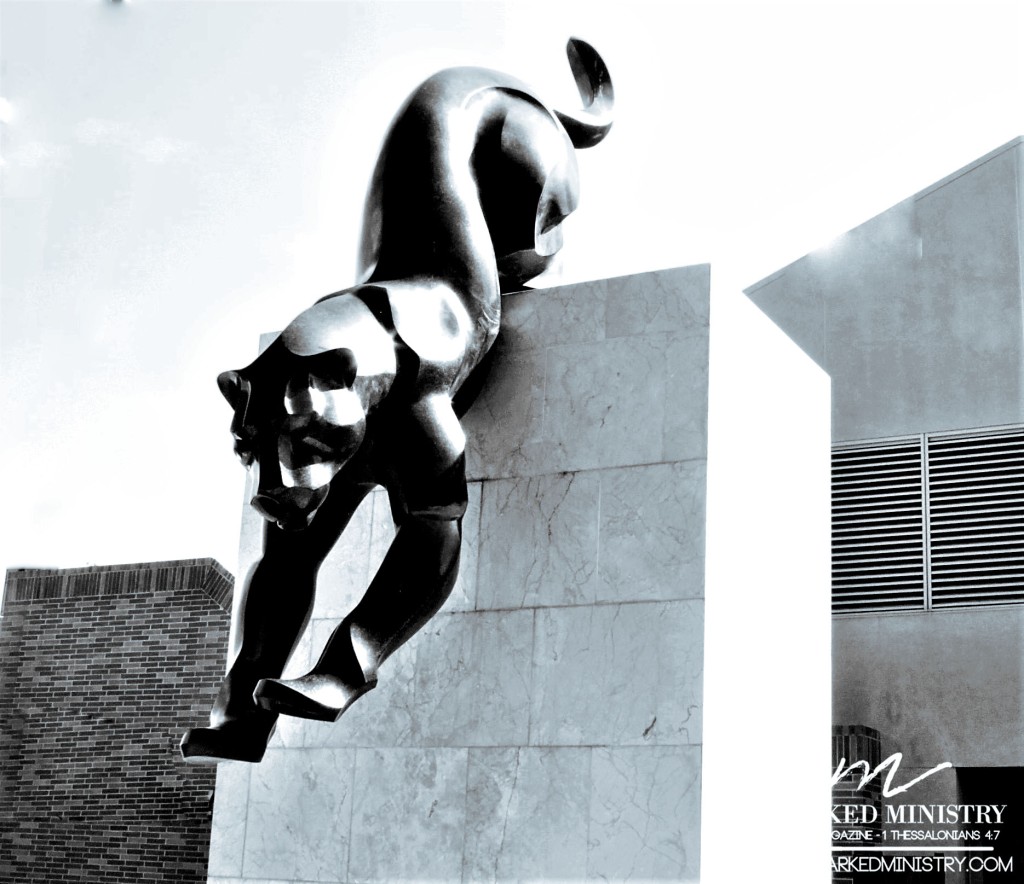 Marked Ministry Online Magazine is not sponsored or endorsed by Disney or Marvel Studios. Views and opinions expressed here are made independently from Disney, Marvel Studios, and its affiliates. Disney and Marvel Studios hold all rights for all films, stories, and artwork.

WARNING: THIS ARTICLE CONTAINS SPOILERS AND CONTENT FOR MATURE AUDIENCES ONLY

How Will You Choose to Fight?
Lessons Learned From Black Panther

Marvel’s “Black Panther” is an incredible standout hit, even among the many blockbuster movies  in the Marvel Cinematic Universe. One thing that stands out to me most was the vulnerable  state in which the Black Panther had to defend the throne. When challenge day arrived, the  Wakandan culture demanded that the Black Panther be stripped of his power in order for the  battle to be fair. I couldn’t help but think that this is how many followers of Jesus abandon their  greatest weapon in the midst of their most difficult trial.

From ages 15 to 25, I was bound in a harrowing addiction to pornography. While I desperately  desired to conquer my foe, I was fighting alone, essentially stripped of the power of the Holy  Spirit. I believed the lie, “I got myself into this mess, I can get myself out of it.” How wrong I was.

Even though I was a pastor’s kid, grew up in the church, and had known God my entire life, I  was deep in sin. In the movie, when T’Challa’s power is being stripped from him, you can literally see the life draining from his body. His eyes weaken, his body hunches over, and his  strength is gone. Even as he gives his best effort in his battle with Killmonger, the scene ends  with him being mortally wounded and thrown off a waterfall. That’s how I felt for 10 years, fighting a losing battle, only to be tossed to my evitable fate of shame and disgust.

Pause and reflect: What battles are your currently fighting without your greatest asset?

I am living proof that there is power in the Spirit of God.

You were meant to have victory in every aspect of your life. But spiritual victory actually starts  with submission. We have to submit to the power of the Holy Spirit for any real change to take  root in our lives. Romans 8:13 outlines this so clearly, “For if you live according to the flesh you  will die, but if by the Spirit you put to death the deeds of the body, you will live. ”

I spent hours each day living according to the flesh, watching whatever I thought would bring  me pleasure, and my soul was paying dearly for it. I longed for freedom but I wasn’t willing to  surrender everything to have it. I clung to my pride as my fear of what others would think  allowed this addiction to grow in the dark like mold.

No matter what battle you are facing right now, invite the Holy Spirit into your fight. He is  watching over you, longing to be your helper but you have to surrender to him first. When you

live according to the Spirit, you walk in the light (1 John 1:7). Start by admitting your need to  God for help and asking him to show you what you have been missing.

Next, you need to call out and expose your foe. If you have submitted your life to God, the  enemy you are facing is defeated. Tell a trusted friend, a parent, a mentor or a pastor about the  battle you have been fighting alone and create a plan on how to fight together.

When T’Challa was rescued from being thrown off of the waterfall, he needed to be filled again  with power to face his enemy. Similarly, in Ephesians 5:18, Paul writes “Do not get drunk on  wine, which leads to debauchery. Instead, be filled with the Spirit…”. This translates into a  continual command, something that we should be actively doing throughout our lives.  Being filled with the Spirit of God comes by reading and obeying his word, meditating on how it  impacts our lives and listening to his voice as he speaks to us. Do not ignore that tug on your  heart to turn away when you feel tempted to sin. The journey of freedom starts today. You can  experience victory when you trust and rely on the power of the Spirit