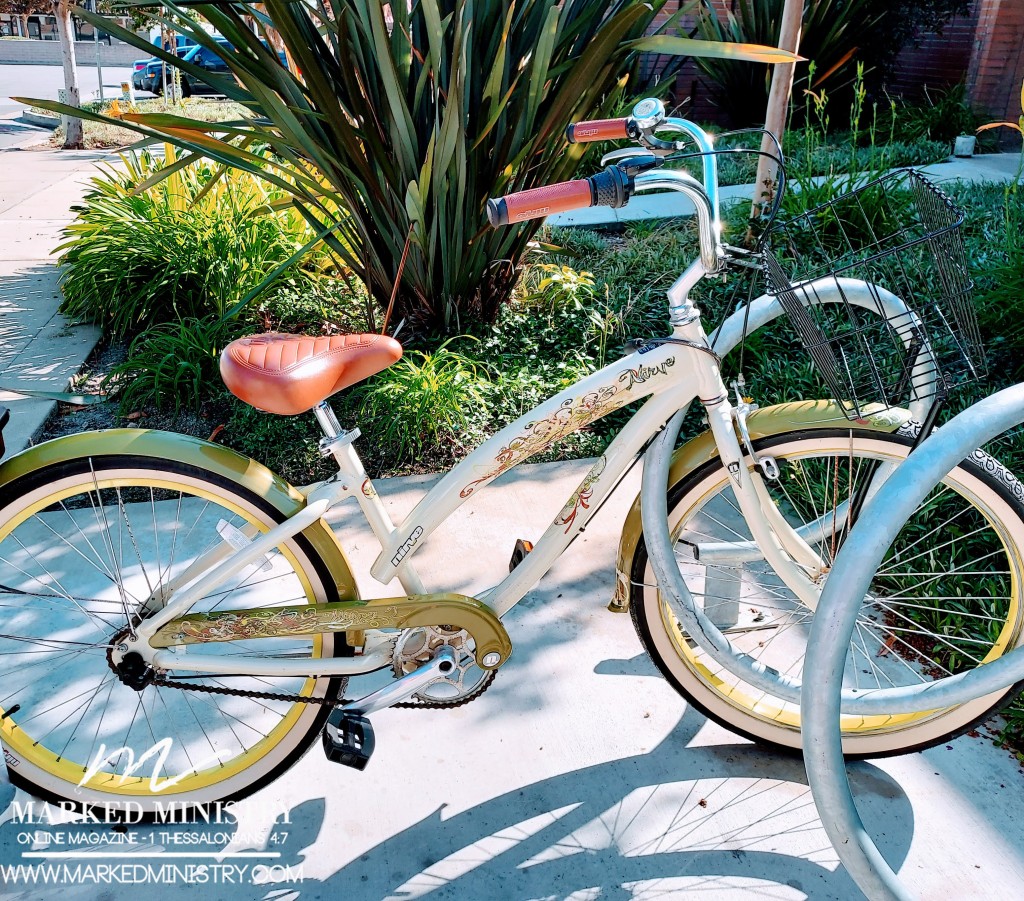 My son recently received a bike for his fourth birthday.  Single speed.  Shiny blue bell that makes the classic “brrring brrring” sound as a warning.  No training wheels (hence the shiny blue bell).  As soon as he got it, he was out the front door ready to ride. At first I had to lean down and hold his seat as he peddled furiously down the street, both of us zigzagging back and forth.  My back hurts just thinking about it!  Needless to say, we didn’t look very graceful.  More on that story later.

The word “grace” is heard in a variety of contexts.  It can be used to describe how someone moves.  Grace can be a prayer said before a meal.  Or maybe, like Paul in the New Testament, grace (and peace) is a blessing bestowed upon others.

Throughout the Bible, grace is a profound and powerful term.  In the Old Testament, grace comes from a word meaning “lovingkindness,” often used to describe the Lord’s character.  Grace flows from the very essence of who He is:

In the New Testament, grace is used for understanding the gospel and salvation through Jesus Christ (Ephesians 2). Other themes of grace include “divine favor,” “goodwill,” and even “that which gives joy”.

The theme I’d like to focus on regarding grace is this:

The apostle Paul exemplifies this. He uses the word grace throughout his writings 100+ times.  In 1 Corinthians 15:9-10 he uses it three times, stating:

Everything from his accomplishments to his sufferings would not have been possible without God’s empowering presence.  God’s grace enabled Paul to do and live out the very specific calling on his life.

One of my favorite “modern day” definitions of God’s grace and His empowering presence comes from John Mark Comer, who describes God’s grace as this:

“The lavish, opulent, raw, untamed, scandalous blessing of God – unearned, undeserved, illogical, disproportionate – poured out through Christ, over every facet of your life…and the living presence of the creator God deep inside you, poured out through the spirit, in a flood of euphoric joy, transcendent peace, and limitless power, to be, and do and live up to God’s calling on your life.

So what does God’s empowering presence have to do with riding a bike?  Well, back to the story of me and my son zigzagging “gracefully” down the sidewalk…

You may have witnessed or even experienced a similar scene as this one – A father leaning over, pushing their child along as the confidence grows and grows and the zigzagging turns into a smooth, graceful pedal.  All the meanwhile, the father saying:

In those moments, my “empowering presence” and love as a father made it possible for my son to conquer any fear or uncertainty that he would fall, and instead he found himself racing towards the confidence that he will now and forevermore know how to ride a bike.

Now, what does God’s empowering presence look like in your life?  In mine?  In the day-to-day?

Sometimes, in its humblest form, the way I envision God’s empowering presence is Him running alongside me, pushing me along as I furiously peddle towards the calling on my life.  And as He does so, He loves me and fills me with the grace described by John Mark Comer – euphoric joy, transcendent peace, and limitless power, to do and most importantly, to be.